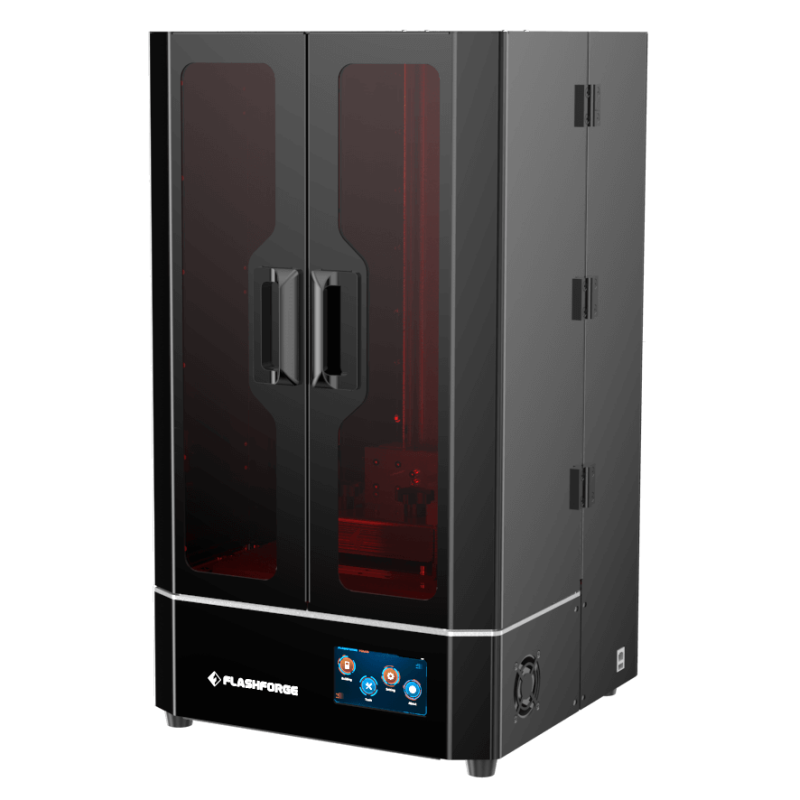 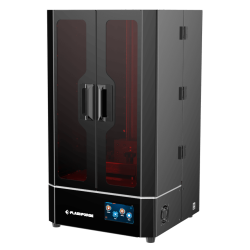 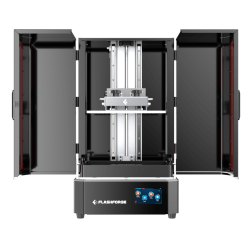 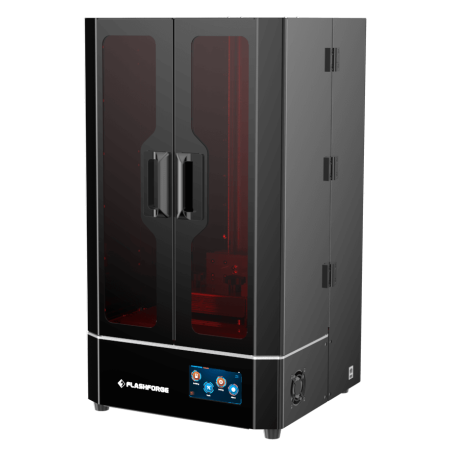 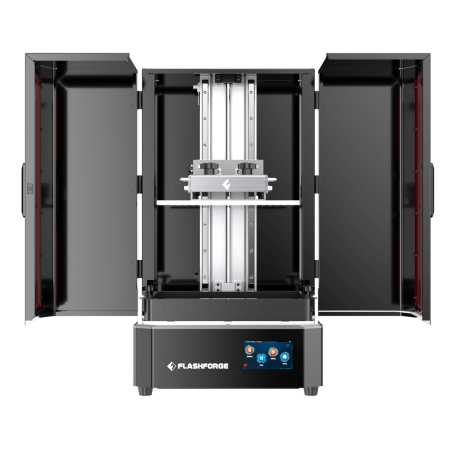 Z-axis is supported by a double-line ball screw which greatly improves stability during movement and reduces the risk of layers shifting, while layers are often shown in printed models by a common rod motor.

For designers and prototype manufacturers, the printed segmentation model can be assembled without polishing, which improves the iterative action of updating the product; whereas other printers take at least 1/4 more time to polish the surface. For service providers and factories, it is now possible to batch print and deliver high-precision products such as jewelry and parts directly to customers. The printed hair ornament pattern can be inlaid with diamonds after painting.

With the 4K monochrome screen, the exposure time is reduced to 1/3 compared to other LCD printers. The large-sized LCD printer offers designers and industrial manufacturers new possibilities and improves the production efficiency of service providers and factories. First, compared with similar printers with surface exposure printing technology, the output of full-page models is doubled; second, compared with other SLA printers of similar size, the printing time is reduced to at least 1/3.

The projection screen is designed with a quick disassembly module. To replace the screen, it only takes a few steps to install the screws and connect the cables, which is easy and convenient. Compared with the layer-by-layer disassembly and assembly of other common equipment, the working time is reduced by 2/3, and users will face less difficulties and risks in replacing the screen. With the specially treated industrial screen, which is scratch and impact resistant, and equipped with the developed efficient Flashforge cooling system, its probability of serious damage is reduced by about 80% and its lifetime is increased by 20%.

With the specially treated, scratch and impact resistant industrial screen, equipped with the developed efficient Flashforge cooling system, its probability of severe damage is reduced by about 80% and its lifetime is increased by 20%.

The resin includes base resin, hardened resin and water-washed resin. Less odor and more ease of use. Base resin has detailed performance, low shrinkage and is easy to color. Hardened resin has impressive texture and legal shrinkage and can be batch produced. Water-washed resin has high strength and heat resistance and is not easy to break. Designed environmentally friendly, it can be properly cleaned by water. In addition to being widely applied in design and prototype formation, baking varnish can also be applied to embellish the product.